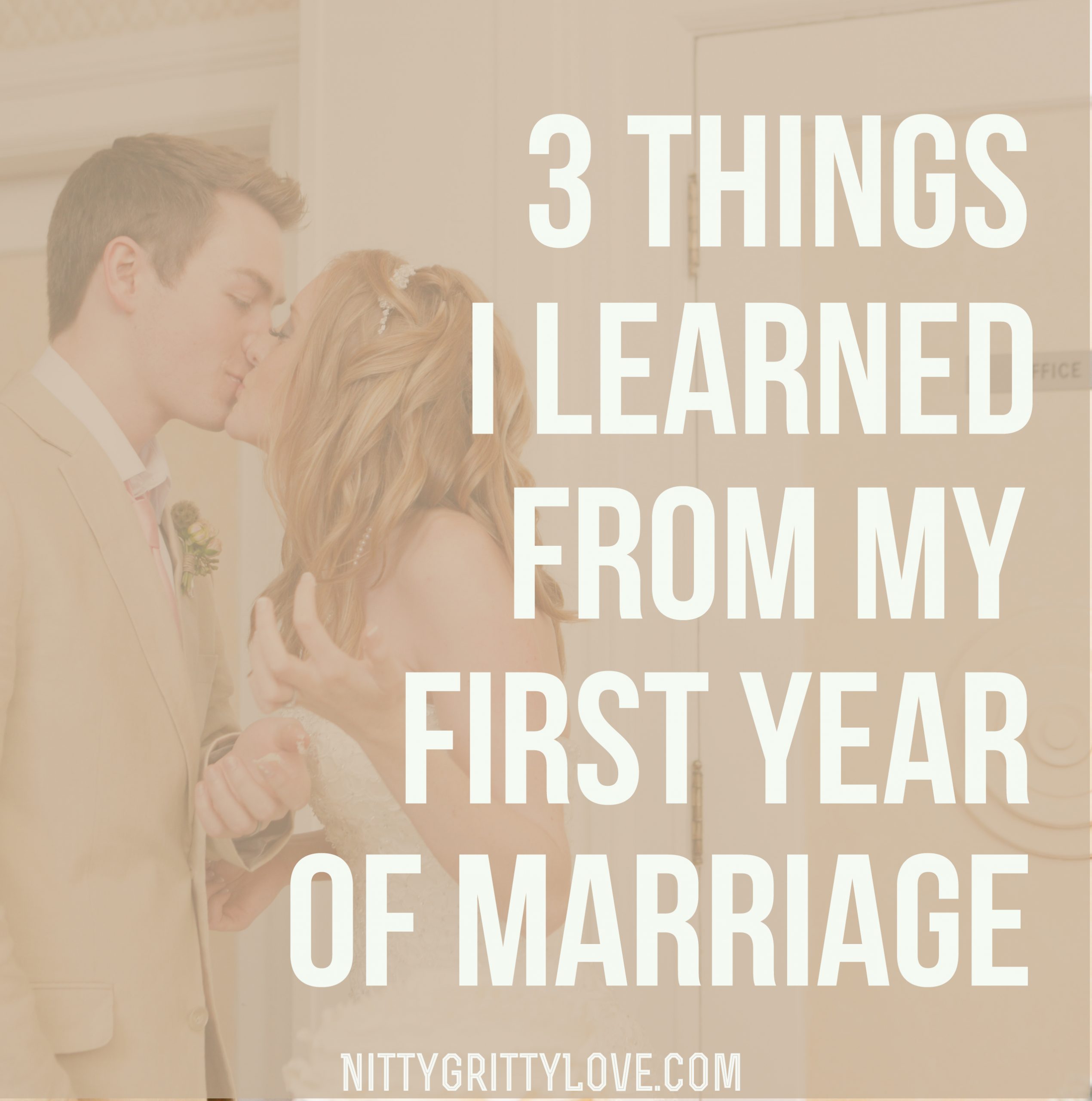 Kyle and I are coming up on our first anniversary this week. When we got married, I knew that we were embarking on a wonderful, challenging, and rewarding journey, but I honestly had no idea what to expect. I’ve learned a lot this year; mostly the hard way. Here are the three most important lessons I’ve learned in the past year:

1. Failure can be good

I did, and still do know one thing: I know very little about being married. I fall flat on my face and make mistakes constantly. I am no expert. I fail Kyle all the time. Sometimes I think before I speak, sometimes I’m snappy at him for no reason, and sometimes I make the wrong choices before praying about them. I wish I could say that I’m the best wife I can be, but that’s not ever going to happen. It’s a constant learning process and I’m thankful that in those times of failure I can fall back on God’s grace, ask for forgiveness, and keep trying. After all, it’s the trying that matters, not just the successes.

2. Fights can be good

I always hoped that we wouldn’t fight much. I thought not fighting meant we were doing just fine. And then we had our first few “bad days.” The ones when we’re just not in sync, the tiniest things make me mad, and everything turns into an argument. And those days resulted in some of the best discussions about how we should communicate with each other. Those were the days I was able to be honest with my husband about how certain things he said were hurtful, even if he didn’t mean them to be. I found that we usually came out stronger on the other end of fights.

Yes, good can come out of us failing and fighting, but only when forgiveness is involved. God bestows his wonderful grace and forgiveness upon us, and there’s no reason I shouldn’t be able to do the same for Kyle. There’s no reason he should have to beg or fight for my love and forgiveness. After all, there have been and will be many more instances in which I will need forgiveness from Kyle. And I’ve learned that forgiveness shouldn’t only be given when it’s asked for. That’s not how Christ treats us, and it’s not how I should treat others—especially my husband. Forgive. Move on. Keep loving, and keep trying.

In a world of sharing—status updates, tweets, pictures, videos—we often see the best side of people, including their marriages. It’s important to remember that marriage wasn’t designed to be rainbows and sunshine. It was designed to make us more like Christ. That requires a lot of hard work.