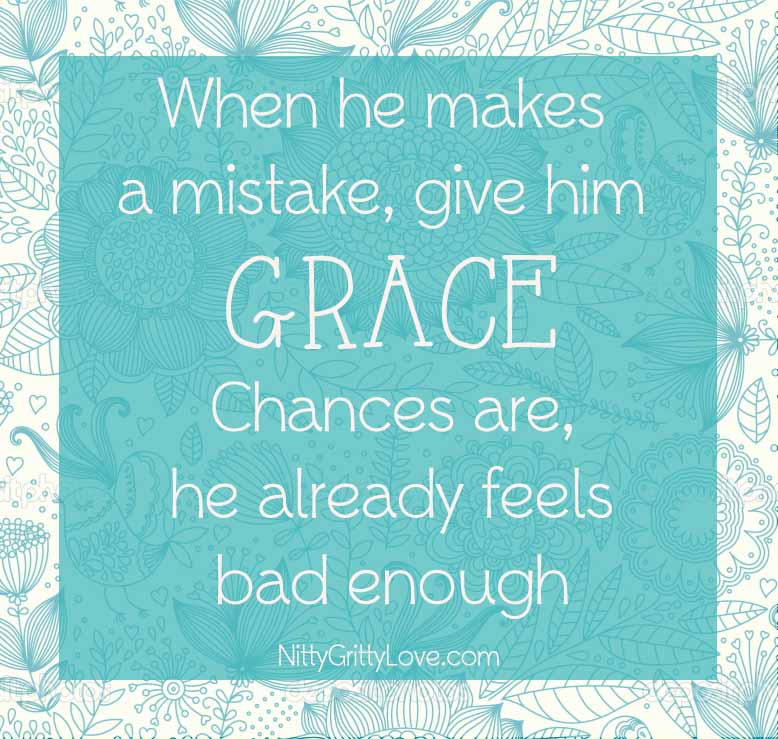 “You what?!” “I lost it…” “How could you lose your health insurance card? It’s kind of important. Maybe if you carried a real wallet instead of keeping two cards in your phone case!”

And so it began . . . a pointless argument about why he lost his insurance card. In the moment, I just couldn’t believe how irresponsible he was. My mind began running through all of the reasons his insurance card was so important, and I kept asking him how he could have possibly lost such an important document.

Somewhere in the middle of it all, I felt reality smack me in the head.

He’s 20-years-old. Most guys his age are playing video games and partying with their friends

We’ve only been married less than a year. He’s still getting used to all of this

Does any of this really matter? He didn’t deliberately do something to hurt me. In fact, he didn’t do anything on purpose. It was an accident, and I make those all the time.

Zig Ziglar hit the nail on the head when he said, “Many marriages would be better if the husband and the wife clearly understood that they are on the same side.”

I’m still so new to all of this, and I can be so quick to take the opposite side of an argument when an issue arises. It often seems that just because there’s two of us, we each need to take opposing stances. However, it’s actually a lot simpler to accept the fact that he’s going to make mistakes, and give him the benefit of the doubt. There are a lot of scenarios we could be in that are much worse than a lost insurance card.

I’m slowly learning that it’s important not to get upset with him for making a mistake.

A mistake is a misunderstanding, not an attempt to hurt someone. Sure, some mistakes are made out of carelessness or neglect, but there’s no worse feeling than being punished for an honest mistake. I’ve made plenty of those before, and the ones that stick out in my memory are those in which I was given grace.

I’ve noticed that Kyle is so much more receiving of my reactions when it’s done with grace and patience. Chances are, he was already feeling pretty bad about losing his card, and was already frantically searching the apartment for it. Instead of helping him find it, I followed him around, asking him how he lost it. Obviously he doesn’t know, Tayler, or he wouldn’t be looking for it. Lame.

Giving grace in those moments when he’s made an honest mistake will go so far, especially when a real issue arises—something that is truly important.